Edit
watch 01:25
Jurassic World: Dominion Dominates Fandom Wikis - The Loop
Do you like this video?
Play Sound
This article is a stub. You can help Civilization VI Wiki by expanding it.

More on this on Wikipedia:
→ America

America is one of the civilizations in Civilization VI.

America has the special ability Founding Fathers which shortens the time needed to earn government legacy bonuses. In Rise and Fall, Founding Fathers converts all diplomatic policy slots into wildcard policy slots. In Gathering Storm, America also gains +1 Diplomatic Favor for each wildcard policy slot in their government. America also gets the P-51 Mustang unique unit with extended range and bonuses against other fighter aircraft. America's unique infrastructure, the Film Studio, boosts their tourism pressure starting from the modern era.

In terms of civilization, the progress of America from a collection of squabbling colonies to a globe-spanning superpower has been meteoric. Product of waves of immigration, it is currently the world's fourth largest country and third most populous, spanning the width of the North American continent from Atlantic to Pacific and site of some of humanity's greatest cities. With the world's largest GDP (gross domestic product), service sector, media industry and military GFP (global firepower factor, not including nuclear weaponry), America could be considered the world's foremost - or at least most influential - current civilization

Some historians argue that America can be dated to the founding of thirteen English colonies along the eastern seaboard on the North America continent, colonies composed of landless second sons of British gentry, get-rich-quick adventurers, convicts, debtors, religious zealots, political radicals and some folks just looking for a better life. Other immigrants - African slaves, European indentured servants and the like - arrived not by choice but due to misfortune. Whatever the circumstance, this rowdy rabble laid the foundation for the "melting pot".

Due to the expanding western frontier and their role in the British victory in the French and Indian War in 1763, the "Americans" soon developed an unseemly sense of self-sufficiency and independence. In a few short generations from those initial settlements at Roanoke, Jamestown, Plymouth and other inhospitable places, these Americans dared to agitate against The Crown for treatment of equal to that accorded citizens in the homeland.

Led by Virginia gentry and New England intellectuals, the colonists went from celebrating a victory with Britain over the French to engaging in armed conflict against Britain in just 12 years. If the British Parliament had only followed Ben Franklin's satirical "Rules by Which a Great Empire May Be Reduced to a Small One" (1773), a succinct summation of colonial grievances, England may have given up the Americas as a troublesome investment a lot sooner. Like most family squabbles, the most important factor was money; the colonials chafed under what they considered to be unfair economic restrictions and taxes from Great Britain. Meanwhile, the British (along with a few die-hard loyalist) generally thought that the Americans were an ungrateful rabble who had no idea how much money the Crown was spending on their protection and progress. 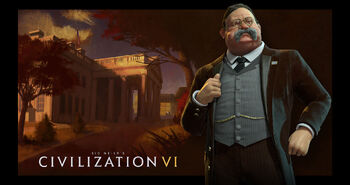