The Film Studio is one of the Unique Buildings from America in Civilization VI.

Thomas Edison, the much vaunted American inventor and businessman, created the first film studio in West Orange, New Jersey back in 1893. His film studio was used to capture the amusing larks of vaudeville and theater actors, to display within penny arcades, fairground tents and unused theaters. By 1920, there were a dozen film studios in operation around Hollywood, California, each feeding what would become an American and global obsession with film. 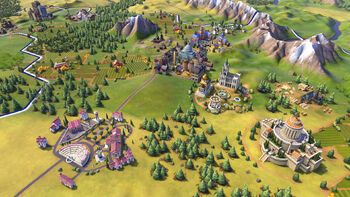