More on this on Wikipedia:
→ Mahatma Gandhi

Gandhi is the leader for India in Civilization VI.

Gandhi led the campaign for India's independence from British rule through a specific philosophy of nonviolent resistance called Satyagraha. Some of his movements included the famed Salt March, multiple hunger strikes and more, which often led to long stints in prison and harm to himself.

Gandhi also worked to unite Hindus and Muslims in the country, which drew the attention of many would-be assassins. After five failed attempts on his life, Gandhi was assassinated on January 30, 1948, leaving a nation and world in mourning. As the preeminent nonviolent activist, Gandhi's influence changed the course of human history, setting the stage for leaders such as Martin Luther King who drew from his inspiring nonviolent philosophies for change.

Be kind, Gandhi Bapu, and you will find yourself surrounded by the true friends. Keep the Indian people safe, guarding them with magnificent elephant warriors. Your faith will guide you to peace and harmony. Keep your mind open, and be the change you want to see in the world.

Satyagraha - +5 Faith for each civilization (including India) they have met that has founded a Religion and is not currently at war. Opposing civilizations receive double the war weariness for fighting against Gandhi.

Peacekeeper - Never declares war for which he can be branded a warmonger, and will try to befriend those who maintain peace. Hates warmongers.

"Great minds think alike, I see. There are so many uses for that technology..." - Gandhi when you have a large arsenal of nuclear weapons.

"My attempts to avoid violence have failed. An eye for an eye only makes the world blind" - Gandhi when you have declared war on him.

Due to a bug in Civilization 1, Gandhi could, under the right conditions, become a warmongering nuclear power. The developers found out about this bug and found it funny, so they kept it in the game and every other Civilization to date. 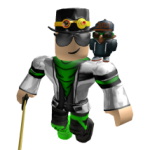