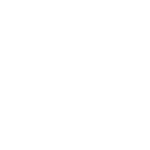 Great Prophets are one of the types of

Great People in Civilization VI. They are a special type of Great Person that are limited from the game's start, and are used to found a religion. Great Prophets do not have individualized effects. Once you have earned a Great Prophet, send them to your Holy Site (or Stonehenge) to found your religion. For more on this, see the Religion section of this manual. Great Prophets are no longer available when starting the game in the Industrial Era or later.

Holy men are common; "great" prophets somewhat less so. Some prophets have "visions"; others just have insights into life, the way it should be lived and how we might be better. Some wander and teach, while others build temples and churches. And some just have good public relations. Whatever the foundation, these are the ones who create religions, spread the faith, or challenge the beliefs of others...sometimes all three. They warn mankind about his hubris in thinking he can know everything or control anything. Every great religion has its great prophets, no matter how or what they worship, those who have been touched by the divine...and each one has altered the course of civilization as profoundly as any general, scientist, artist or leader.