More on this on Wikipedia:
→ Afonso I of Kongo

Mvemba a Nzinga is the leader for Kongo in Civilization VI.

Also called King Afonso I, Mvemba a Nzinga is most famous for his attempts to spread Christianity across his empire, and increased activities with Portugal in a bid to modernize the empire.

Mvemba a Nzinga's road to becoming king was paved with conflict. In 1506, he defeated his half-brother Mpanzu a Nzinga's forces in open conflict to claim the throne. Accounts attributed his victory to the appearance of an apparition of Saint James the Great breaking the morale of the enemy, thus leading to Christianity becoming the royal faith during Nzinga's rule.

Nzinga's relationship with the Portuguese was seen as occasionally amicable and at other times highly contentious. Nzinga deplored Portuguese participation in the Kongo slave trade and fought to stop it. Once allied, Portugal helped bring structural progress to the empire and attempted to convert all of Kongo to Catholicism. Kongo welcomed Portuguese missionaries, who helped modernize the country with new schools, establish a literate noble class and gain new architecture from Portuguese designers.

Mother Earth has many gifts for you, King Mvemba a Nzinga. Your people know the dense woods and rainforests as their homes, and glide through them with ease. Great also are the gifts that come from travelers of distant lands. Keep an open mind, for the inspiration of the open world will let our people create art with power and majesty.

Religious Convert - May not build Holy Site districts, gain Great Prophets, nor found Religions. Gains all Beliefs of any Religion that has established itself in a majority of his cities. Receives an Apostle each time he finishes a Mbanza or Theater Square district (of that city's majority Religion).

Enthusiastic Disciple= Likes Civs who brings their founded religion to Kongo. but dislikes Civs if you did not bring religion to his. 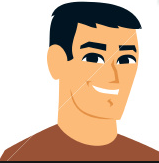