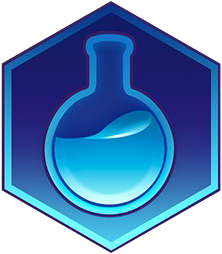 Science is one of the more advanced Game Concepts in Civilization VI, which contributes to what makes a civilization grow. Science is accumulated per turn, as dependent on all sorts of things throughout the game, buildings, wonders,

Great People, as well as Tile Improvements, Natural Wonders and a few other things. Various Technology is researched when enough science is accumulated, depending on the Era, or the Tech being researched.

Science, the Technology tree is similar to previous Civ games with a major addition: The Eureka bonus, which can be seen as a sort of quest. Once a player meets the requirements, the Technology becomes 50% easier to research. Note that if a tech is already under research and the requirements are fulfilled and get a Eureka bonus in the middle of it, depending on how far along the research is, the research is pushed an additional 50%, and if it's more than 50% already, the research gets pushed to completion.

Science comes from citizens (the population of a player's cities). Each turn players get a base amount of Science equal to the combined population of all of their cities. The larger the cities, the more science generated. In addition to the Science generated by the base population, players gain 2 Science from their Palace. Additional Science can be earned by constructing specific buildings or wonders, or by adopting certain policies.