More on this on Wikipedia:
→ Sphinx

The Sphinx is one of the Unique Tile Improvements from Egypt in Civilization VI.

Culture with Natural History. Cannot be built next to another Sphinx. Can be built on Floodplains

In contrast to the Greek version, the Egyptian sphinx has a human head on a lion's body, is benevolent, and is the guardian of temples and tombs. Perhaps the first Egyptian sphinx constructed was during the Fourth Dynasty (c.2500 BC) that depicted the face of Queen Hetephers II, daughter of famed Khufu. But the sphinx was a common motif among those eternity-obsessed pharaohs; other famous ones include that depicting Hatshepsut and the "alabaster sphinx" of Memphis. Then there is that "Great Sphinx" at Gisa that bears the likeness of the pharaoh Khafra (who is otherwise historically insignificant). Smaller ones lined the approaches to tombs and temples, and any number were put at the top of stairways in palaces and public places. By the 18th Dynasty, one could hardly swing a cat in Egypt without hitting a sphinx. 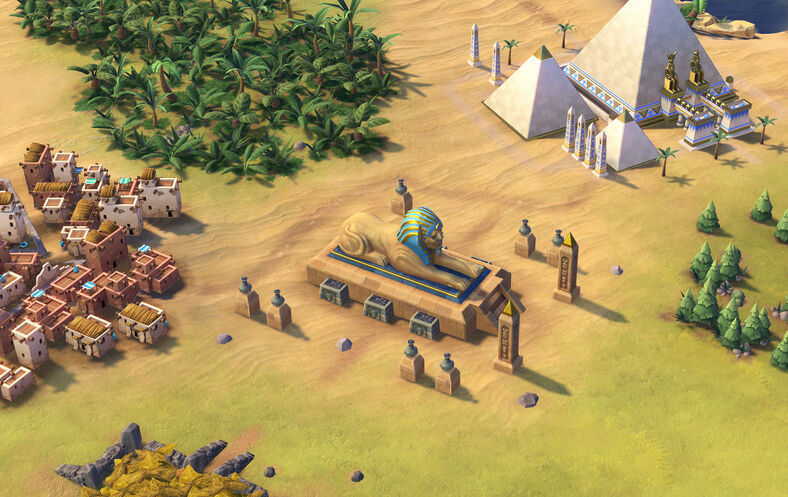